One of the two area labor leaders who tackled...

CLEVELAND -- One of the two area labor leaders who tackled and helped subdue the man accused of shooting President Reagan in March died Friday at a suburban hospital.

McNamara did not regain consciousness following the operation, officials said. A hospital spokeswoman said McNamara's wife and two daughters were at his bedside when he died.

The two men were among a number of Cleveland-area labor figures who had gone to Washington to attend the AFL-CIO Building Trades Council gathering that the President had addressed just before he was shot.

They decided to attend Reagan's speech after a golf outing they had planned for that day was rained out, but said they could not get inside the Washington Hilton Hotel where the president was speaking.

They were standing in the crowd outside the hotel, hoping to catch a glimpse of the president as he walked to his car, when they heard the shots.

The two men lunged at Hinckley, punched him and wrestled him to the ground along with Secret Service agents, holding onto him until he was led away by authorities.

The hefty McNamara said later he hit Hinckley 'so hard I was left with blood on my knuckles.'

In the confusion of the moment, he admitted, he took a few swings at several other people nearby, who turned out to be security personnel.

Reagan later expressed his thanks to both labor officials, who also were honored by Gov. James A. Rhodes, the state Legislature and their hometowns. 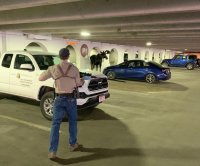 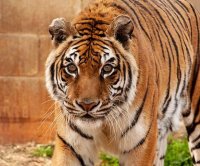