The World Games, an ambitious movement featuring some of...

SANTA CLARA, Calif. -- The World Games, an ambitious movement featuring some of the lesser known participant sports, make their debut Friday night with a streamlined opening program and the start of competition in tug of war.

The Games run through Aug. 2 and the sponsoring body expects total attendance of more than 100,000 even though most Americans are unfamiliar with at least half the 16 sports on the 11-day program.

Dr. Un Yong Kim of Korea, president of the World Games I executive committee, will give the opening address and Casey Conrad, executive director of President Reagan's Council on Physical Fitness, will declare the Games officially open.

About 500 of the 1,400 athletes who will compete in the Games will parade in the opening ceremonies, to be held in Buck Shaw Stadium on the University of Santa Clara camppus. Instead of marching under national flags, as is the custom in the Olympics, they will enter the stadium grouped according to sport.

A total of 58 countries will be represented but no team scoring will be kept. The idea behind the World Games movement is to keep politics out of the competition or to the barest minimum.

Gov. Edmund G. Brown Jr. of California had been invited to make a cameo appearance, mostly in deference to his office, and Brown promised to show up. Then the Medfly crisis descended on the Santa Clara Valley and Brown pulled out.

'People around here are so mad at him,' said one Games official, 'I don't blame him for cancelling. It's just as well, though, because our games have no room for politicians.'

There will be no flags displayed at the stadium or other Games sites except those of the respective federations. No anthems will be played and athletes will be housed according to sport. Also, there will be no closing ceremonies.

Various stars in each sport will carry banners into the stadium in the opening ceremonies, after which Wales will take on Switzerland in tug of war. England, which is favored to win the event, doesn't compete until Saturday.

As host country, the United States is entered in 15 of the 16 sports (all but fin swimming) while England and the Netherlands are entered in 12 and Canada in 11. The surprise entries are from the two Chinas (in badminton) and Poland (in trampoline).

Odd News // 5 minutes ago
Ohio man, 95-year-old grandma cook up world's biggest Oreo
Aug. 5 (UPI) -- A 95-year-old social media star and her grandson said they have broken a Guinness World Record by cooking up a giant Oreo cookie that weighs in at 175 pounds. 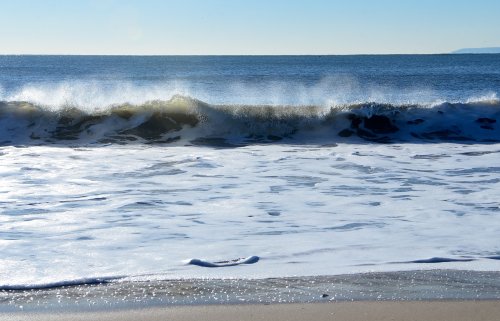 Science News // 10 minutes ago
Key Atlantic Ocean current system could be collapsing
Aug. 5 (UPI) -- The Atlantic Meridional Overturning Circulation may be declining in strength, which could have consequences for weather systems worldwide, according to a new study.

U.S. News // 11 minutes ago
AFL-CIO President Richard Trumka dies at 72
Aug. 5 (UPI) -- Richard Trumka, the head of AFL-CIO, the largest and most powerful labor union in the United States, has died, the organization announced Thursday. He was 72. 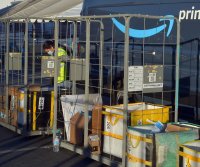 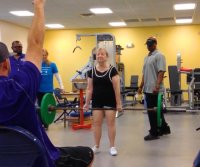