HANOVER, N.H. -- Dartmouth College officials say former President Gerald Ford and former first lady Lady Bird Johnson will serve as co-chairs of a fund-raising committee for a building to be named for the late Nelson Rockefeller.

The $8.5 million Rockefeller Center for the Social Sciences will house the departments of economics, government, sociology, psychology and education.

Rockefeller, a 1930 honors graduate of Dartmouth, served as vice president under Ford and served as governor of New York from 1959 to 1973.

Others who have joined the fund-raising effort are Vice President Bush and five former secretaries of state.

No date has been set for the start of construction of the new building. 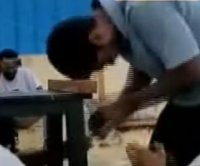