The fans loved it when Boston Celtics star Larry...

But Bird wound up apologizing for it anyway.

Malone had badmouthed Bird and the Boston Celtics throughout their NBA championship series last week, insisting the Celtics were a 'bunch of chumps' and not as good as the Philadelphia 76ers, who Boston beat in a close semifinal series.

Malone stuck to the line even after Boston beat Houston for the NBA title and insisted he could beat the Celtics with a pickup team from his hometown of Petersburg, Va.

When more than a million fans turned out Monday to celebrate the victory with a downtown parade and pep rally in Boston, Bird got his two-bits worth by using a four-letter word.

'I think after all the hollering and screaming,' Bird told the enthusiastic throng of 60,000 on City Hall Plaza, 'I look out in the crowd and see one thing (a large printed sign) that typifies our season.'

After the rally, Bird apologized for his remark. 'I guess I was just so naturally happy with everything that I wanted to agree with the fans. I got caught up in the atmosphere. I had no desire to offend anyone.'

Malone, when contacted by telephone, said, 'I have no feelings at all about it. It doesn't matter to me what he says.

'Larry Bird is certainly entitled to his feelings. He didn't seem to have those feelings when we were playing, but that's all right.'

Celtics Coach Bill Fitch said, 'I don't think it's any big thing. We listened to it (Malone's comments) for a week and a half, so if that's the way Larry wanted to respond, that's fine with me.'

Cedric Maxwell, the Most Valuable Player in the championship series, said he was surprised at Bird for making the rally remark and that his teammates may have felt that way but it should not have been stated publicly.

'Some things are not supposed to be expressed,' Maxwell said Tuesday in New York at his MVP award ceremonies. 'I guess everyone felt that way. But it's kind of hard to take it back.'

In any case, Fitch said Bird's remark was 'already blown out of proportion.

'He got up and said what he thought,' Fitch said. 'From his standpoint, it was a joke.'

Health News // 8 hours ago
Pain during sex, urination common, underreported part of menopause
Hot flashes and night sweats are well-known side effects of menopause, but it can also lead lead to vaginal dryness, painful sex and painful urination -- common symptoms of genitourinary syndrome of menopause.

Odd News // 17 hours ago
Police free man from handcuffs after girlfriend lost the key
Sept. 18 (UPI) -- Police in Britain responded to an early morning call from a man who became trapped in a pair of handcuffs in an apparent case of romance gone awry. 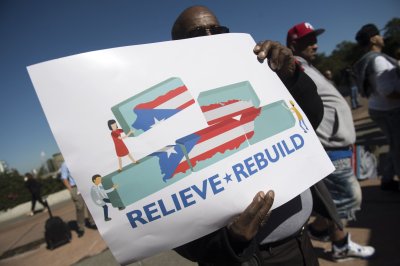