A group photo of the hostages held during the Iran hostage crisis at a hospital in Wiesbaden Air Base in Wiesbaden, Germany prior to their departure for the United States. Photo by Johnson Babela courtesy of DOD

Americans that were held hostage by Iran disembark Freedom One, an Air Force VC-137 Stratoliner aircraft, upon their arrival at Andrews Air Force Base in Maryland, January 27, 1981. Photo courtesy of DOD

They were exchanged for the return of $8 billion in assets frozen by President Carter.

Word of the long-sought release came at 11:36 a.m., less than a half-hour before Ronald Reagan succeeded Carter as president.

Freedom came at the end of a day of non-stop negotiations in four capitals involving bankers and government officials in the largest financial transaction in history.

The U.S. Treasury said $8 billion was transferred to an Algerian account in London to be turned over to Iran.

The 14 1/2- month hostage crisis occupied more than a quarter of Carter's presidency and contributed to his defeat last Nov. 4.

Tehran airport officials said the freed Americans left Mehrabad aboard two Algerian 727 jetliners bound for Algiers. There they will board U.S. military aircraft for Wiesbaden, Germany.

The long-awaited liberation came after the United States and Iran ironed out a last financial hitch that developed yesterday and delayed the expected release for more than 24 hours.

Earlier, White House press secretary Jody Powell told reporters that the flight plan called for the hostages to go to Algiers, stay for 90 minutes, then take off for Frankfurt.

The notification was the final step in the agreement the United States and Iran once again reached early today on all points in the hostage release deal.

Washington immediately ordered U.S. banks to begin moving frozen Iranian assets into the Federal Reserve. The Iranian government then announced that "a large portion of the Iranian assets consisting of cash, gold and promissory notes has been received by the Algerian Central Bank to be dispatched to Iran in due course."

Iran's chief hostage negotiator, shortly before final agreement was announced, said, "Now the hostages are ready to fly, all preparations have been made and...the hostages will go home to their families -- but only when Algeria confirmed the Iranian assets had been deposited in the Bank of England."

Iran's assets, estimated at $8 to $9 billion, were frozen Nov. 14, 1979, 10 days after the hostages were seized at the U.S. Embassy in Tehran. As part of the hostage deal, U.S. banks agreed to return everything except what Iran owes in loans -- $1.8 billion.

As two Algerian jets remained parked in Tehran to fly out the 52 hostages, Powell announced the United States had agreed to a proposal made by a British lawyer for Iran's Central Bank to unsnarl yesterday's hang-up.

The problem, over the amount of interest the assets drew while frozen, prevented the opening of an account for Iran in London -- a key part of the mechanism. Without the escrow account, Carter could not give the order to transfer the assets.

The Treasury Secretary, (G. William Miller), at 3:19 a.m. issued orders for the frozen Iranian assets to begin to move into the Federal Reserve, the first step toward putting them in the escrow account for the Iranians, Powell said.

"The president received word at 3:16 a.m. that transfer authority instructions had been transmitted from Iran," he said. "That set of instructions is acceptable to the parties concerned."

Powell said the main escrow agreement, signed by the United States and Iran yesterday morning, must be now signed by representatives of the Federal Reserve, the central bank of Algeria, and the Bank of England -- all of whom are in Algiers.

"As soon as that's done, the money accumulated in the Federal Reserve can move into the escrow account in the Bank of England, which will be in the name of the central bank of Algeria."

When the government of Algeria certifies the money is being placed in the escrow account, the hostages should be freed, Powell said. He refused to give an estimate how long these actions would take.

The unexpected flap over the escrow account came after both Iran and the United States signed the documents to release the hostages and everything appeared "go" to end the crisis with Carter even flying to Wiesbaden, West Germany, to greet the returning hostages.

But as the two Algerian Boeing 727 jets revved their engines, Iran's chief hostage negotiator Bezhad Nabavi suddenly accused U.S. banks of "underhanded maneuvers" by adding what Nabavi charged was an 11-page supplement that was not part of the agreements Iran signed.

Carter, who announced what he stressed he "believed" was the deal and celebrated it with champagne in the White House, scrapped his planned flight so he could be in Washington for the inauguration of Ronald Reagan.

As the delay wore on, White House press secretary Jody Powell warned Iran that if an agreement was not reached by the time Carter leaves office at noon today, Reagan was under no obligation to abide by the accord's terms.

Then early today Nabavi said in a taped interview on Tehran Radio that Iran was setting a "deadline" for U.S. banks to transfer Iran's blocked assets to an escrow account.

"If this is not done, harsher decisions will definitely be made," Nabavi said. "We have asked the Algerian delegation for a meeting."

Some observers interpreted Nabavi's deadline as words for domestic consumption now that the main symbol of hated America -- the two women and 50 male hostages -- were about to leave Iran's custody.

U.S. News // 32 seconds ago
Watch live: Obama to campaign for Biden in Pennsylvania
Oct. 21 (UPI) -- Former President Barack Obama is scheduled to make his first in-person appearance on the campaign trail in support of Joe Biden at a drive-in car rally Wednesday in Philadelphia.

Science News // 51 minutes ago
Scientists detail structural secrets of near-indestructible beetle
Oct. 21 (UPI) -- According to a new study, published Wednesday in the journal Nature, the diabolical ironclad beetle's near-invincibility is thanks to the insect's tough exoskeleton and remarkable ability to play dead. 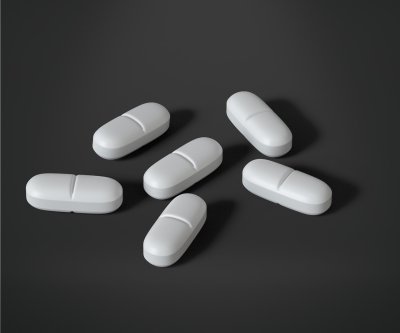 Health News // 2 hours ago
Study: Opioids increase risk of death in older adults after outpatient surgery
Oct. 21 (UPI) -- Older adults who use opioid pain drugs before minor surgery are up to 68% more likely to die within 90 days of the procedure compared with those who never used the drugs, an analysis in JAMA Surgery.