SAN FRANCISCO -- San Francisco Mayor George Moscone and a member of the city's Board of Supervisors were shot to death in City Hall today. Police said the gunman was a disaffected former supervisor who apparently was upset that Moscone did not plan to reappoint him.

The shocking shootings came while San Francisco, home of most of the Peoples Temple members, was still reeling from the mass suicides at Jonestown, Guyana. But it appeared that there was no connection between the two, although Moscone had appointed the Rev. Jim Jones as head of the San Francisco Housing Authority in 1976.

Moscone was killed in his City Hall office and Supervisor Harvey Milk an avowed homosexual who was elected to the board a year ago, was shot to death in the Board of Supervisors chambers, also in City Hall.

The suspect, Dan White, was taken into custody within an hour after the shootings.

Stunned City Hall employees gathered around the mayor's office as news of the shootings spread. Many of them cried. A large group gathered outside the ornate City Hall.

Supervisor Dianne Feinstein announced the shocking news to a crowd of 200 to 300 people gathered around the steps of City of Hall late this morning.

"As president of the board of supervisors," she said in a voice choked by emotion, "it is my duty to make this announcement. Mayor George Moscone and Supervisor Harvey Milk have been shot and killed." Screams and gasps of disbelief came from the crowd.

Moscone was scheduled to name a replacement for White's eighth district supervisorial seat at 11:30 a.m. today. Moscone's choice, Don Lorenzo, was reportedly in the mayor's office at the time of the shooting.

White allegedly then went to the board of supervisors' chambers where the only persons present were Milk and Feinstein, and shot Milk.

Feinstein had reportedly asked Moscone to re-appoint White to the supervisor's post he had resigned. Milk had apparently endorsed another candidate, a woman, for the position.

White reportedly slipped out of the building and eluded a police dragnet before he reportedly turned himself in to police at San Francisco's Northern Police Station. He offered no resistance.

White recently resigned as a member of the board, saying he could not afford to continue at the salary of $9,600 a year. However, he later said he wanted his job back after friends and relatives came to his financial aid.

But Moscone had called a news conference to announced that he would not reappoint White, but instead would appoint another candidate, Don Lorenzo.

Moscone's press secretary, Mel Wax, said White had an appointment with the mayor and the two of them went into Moscone's office alone. Wax said he and other aides heard noises but did not recognize them as shots.

He said White left by the back door of the mayor's office.

"We went into the mayor's office and he was dead," Wax said.

Dianne Feinstein, president of the board, said that White appeared shortly thereafter in the board's chambers and shot and killed Milk.

City Hall was immediately sealed off by police, and a large crowd gathered outside.

Moscone, 49, was elected mayor in 1975. He previously had served on the Board of Supervisors from 1963-66 and then served in the California state Senate from 1966 through 1975. He served as majority leader of the Senate prior to his election as mayor.

Moscone was native San Franciscan, and attended University of the Pacific and Hastings Law School of the University of California.

He served in the Navy, then began practicing law in San Francisco in 1956.

In 1974, he announced his intern to run for governor of California, but later withdrew.

Moscone and his wife, Gina, have four children ranging in age from 14 to 21.

Harvey Milk, the San Francisco supervisor shot and killed today, was the first admitted homosexual to achieve elected office in the city's history and one of only two nationwide.

He was elected a year ago from a district of the city which includes a large concentration of homosexuals but he vowed to represent all constituents and while in office proved a progressive, hard-working member of the board of supervisors, the legislative branch of the city government.

As for his homosexuality, Milk said shortly after his election, "If I do a good job, people won't care if I'm green or if I have three heads."

Milk, 48, owned a camera shop in the predominantly homosexual Castro Street district, whose residents and fellow merchants supported him in his bid for office.

He was a Navy officer during the Korean War until given a dishonorable discharge because of his sexual preference, and later he worked as a securities analyst.

At the time of Milk's election, the nation's only other avowed homosexual elected to a major public office was Elaine Noble, a Massachusetts legislator. 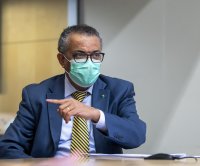