Apollo 17 words remain for next visitor

HOUSTON -- Astronauts Eugene A. Cernan and Jack Schmitt closed the hatch early today on America's $25-billion Apollo program of lunar exploration after a final 7-hour tour of the boulders and craters of a mountainous moon valley.

The Astronauts uncovered a plaque to be left on the moon reminiscent of the one placed there by Apollo 11. The new plaque commemorates the final Apollo exploration;

"Here man completed his first exploration of the moon, Dec. 13, 1972. May the spirit of peace in which we came be reflected in the lives of all mankind," it said.

The plaque was signed by Cernan, Schmitt and the third Apollo astronaut -- Ronald E. Evans -- and by President Nixon.

"There is a picture of the world, and in between the two hemispheres we have a pictural view of all the Apollo landings," Cernan stated.

"When this plaque is seen again by others they will know where it all started," he said.

Earlier, the astronauts wrapped up the last planned U.S. lunar excursion in this century with yet another "interesting and exciting surprise" in chipping Wednesday night at a huge North Massif Mountain boulder rich with minerals believed found in the moon's primitive crust.

Contradicting preflight predictions by scientists, Cernan and Schmitt found that rocks at North Massif appeared to have been formed by the cooling of molten material -- unlike the pressure formed fragments they found at the 7,790-foot South Massif on Tuesday night.

However, the astronauts' probe of the crater, failed to turn up any evidence of a volcanic event. Experts at NASA said it appeared from pictures and descriptions that the crater was formed by the impact of a meteorite.

The discovery Wednesday night added additional credit to one of man's most important discoveries on the moon -- a deep, rusty-orange crater probably created by the dying gasp of lunar volcanism. It could be 1-billion years old -- or even younger.

But the unhappiness in Houston inevitable with the final planned American moon adventure was clearly evident.

"It's very, very sad," said Dr. Noel Hinners, chief lunar geologist. "We're just learning where to go up there. This is the first flight where we've been smart enough to outsmart it (the moon.)"

After Massif, the explorers headed on to the mysterious, domed Sculptured Hills and to a crater that they believed would provide further evidence that the moon might have died 1-billion years ago or less in a volcanic spasm.

The last 7-hour expedition through the coal-black wastes of Taurus-Littrow Valley carried the two in their electric-powered lunar Rover north and east of their landing craft Challenger.

The explorers were astonished at the size of the boulders that left long, bounding tracks down the face of North Massif untold millions of year ago.

"Look at the size of those things!" exclaimed Schmitt.

"Boy, aren't they big mothers!" shouted Cernan. When he realized what he had said over his radio circuit to Houston, he corrected himself with a laugh and said: "Mamoos."

The astronauts added precious new samples to the 104.3 pounds that they had collected on their two previous moonwalks. Many came from the giant boulder that loomed large as a garage in television pictures relayed to Earth.

They spent 1 hour and 10 minutes at North Massif before heading to the wrinkled Sculptured Hills, where Schmitt loped 100 yards up the biggest of the hills to a lone rock perched on the surface.

Earlier, at the foot of North Massif, they steered to where a boulder had rolled from high up on the mountain.

Schmitt roamed for awhile with his gold visor pushed up on his helmet, and for the first time a moonwalker's face became clearly visible on television to Earth.

"Jack, we see your gold visor is up," capsule communicator Robert Parker advised. "You might want to put it down out here in the sun."

"I can't see with it down, It's scratched," Schmitt replied. After a pause, he added: "I'll use it." The gold-coated face visor shades the glare of the sun.

Even before their final excursion was ended, the explorers had given Earth scientists descriptions strongly indicating that the dark soil littering the valley floor was ash and cinder flow from a volcanic upheaval. And some of the rocks they discovered in a landslide at the base of the South Massif earlier could prove to be more than 4-billion years old.

The rust-colored rim of the crater Shorty which they found to their surprise and delight appeared to be the first firm evidence of violent volcanic activity on the moon in its comparatively recent history.

Orbiting the moon in the command ship America, astronaut Ronald E. Evans -- the third, and almost forgotten, man of Apollo 17 -- was doing his own part for science. He reported spotting three extinct volcanos and operated instruments that mapped the moon as none had previously.

Cernan and Schmitt were to blast off from the moon at 5:56 p.m. EST today and link the Challenger in lunar orbit with the command ship America piloted by Evans. 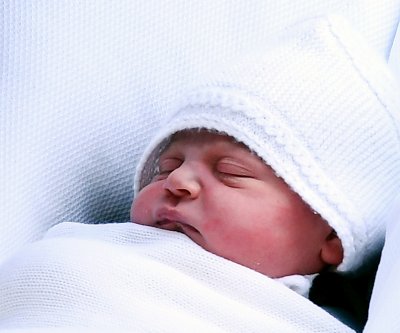 Health News // 6 hours ago
Study links pandemic fears to gun sale surge in California
Citing fears over violence and chaos, more than 100,000 Californians have bought guns in response to the COVID-19 pandemic, a new study estimates. 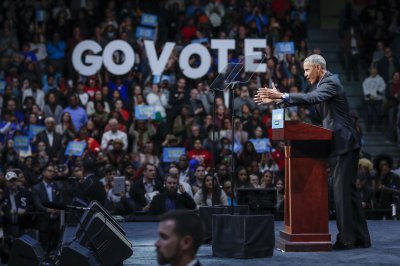