The astronaut's called it "joke," one crewman's wife called it "Lucky 13," but NASA is now in a race against time to save the crew aboard Apollo 13 after the spacecraft suffered a crippling power failure.

But all the bad luck traditionally associated with number 13 struck last night. A power failure crippled Apollo 13 less than 22 hours before its planned rendezvous with the moon, wiping out all chances for a landing and endangering the crew.

The classically unlucky number cropped up for Apollo 13 in a lot of places other than its name.

Blastoff came at 13:13 Central Standard Time, or 1:13 p.m. (2 p.m. EST), and now that the landing mission has been aborted, a splashdown time of 12:13 p.m. EST has been tentatively selected by mission control.

The big failure came on the 13th day of the month.

Asked before the flight if he felt superstitious about the mission number, Thomas K. Mattingly, one of the original crewmen replied: "Well, at first we were hoping we could launch on Friday the 13th and have a black cat or something like that. But we steer away from all that. It's good for a joke."

Bad luck struck Mattingly extra early. Two days before the flight he was grounded because he had been exposed to German measles, to which he had no immunity. John L. Swigert was assigned to take Mattingly's place with James A. Lovell and Fred W. Haise.

Haise's wife Mary said before the flight: "We're calling it Lucky 13." It wasn't. 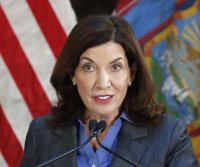 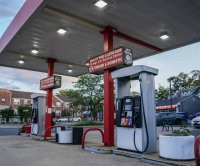