War begins in Mideast
By United Press International
War broke out in the Middle East today between Israel and its Arab neighbors. The White House said the hostilities were "large scale" and Israel admitted suffering losses.
U.S. calls for cease-fire in Middle East
WASHINGTON, June 5, 1967 (UPI)-The United States today called on nations of the world to work for a cease-fire in the Middle East war between the Israelis and Arabs.
Cautioning that continued fighting could lead to tragic consequences, the White House said on behalf of President Johnson:
Israelis capture old Jerusalem
By ROBERT MUSEL
JERUSALEM, June 7, 1967 (UPI)-A Jew in a paratrooper's uniform blew a triumphant blast on a ram's horn at the Mandelbaum Gate today and signaled the fall of Jordan's old section of the Holy City to Israeli forces. For the first time in 20 years Israelis prayed at their Wailing Wall.
Israelis say they will stay put
JERUSALEM, June 17, 1967 (UPI)-Indications mounted today that Israel will not surrender one inch of occupied Arab territory unless permanent peace is assured in the Middle East.
Three Israeli ministers served notice Friday night that the country has "no intention of squandering our military feats in any other way than by translating them into a permanent peace."
Israel says it will keep land won in war until peace settlement
JERUSALEM, June 27, 1967 (UPI) - Prime Minister Levi Eshkol said bluntly today that Israel will not give up the lands it won in this month's Middle East war until her Arab neighbors sit down and directly negotiate a peace settlement."We will hold on to it as a guarantee until they come to the peace table," the 72-year-old government chief said in an interview.
Jerusalem proclaims gates open
JERUSALEM, June 29, 1967 (UPI) - The Israeli defense minister announced that beginning today there will be no restriction of movement between the former Israeli and Jordanian sectors of the city.In other words, Jews were enabled to visit the Old City and Arabs the new for the first time since the 1948 Israeli War of Independence.
Labor Party OK's Mrs. Meir for Israeli premier
JERUSALEM, March 7, 1969 (UPI) - The ruling Labor Party today nominated Golda Meir, a 70-year-old former Milwaukee schoolteacher, as Israel's fourth premier."I'll do my best," she said.
Israel battles Egypt and Syria
By United Press International
Fighting broke out along Israel's borders with Syria and Egypt today. Each side blamed the other for the almost simultaneous attacks.
Questions and answers about Arab oil
By United Press International
No subject is more vexing, or more mysterious, than Middle East oil.
Israelis, Arabs locked in war's biggest armored battle
By United Press International
Israel reported smashing dozens of Egyptian tanks and missile batteries in desert combat on both banks of the Suez Canal today in the third day of an armored battle that could decide the 1973 Middle East war.
Saudi Arabia threatens oil cutoff
BEIRUT, Oct. 19, 1973 (UPI) - Saudi Arabia, largest of the Middle East oil suppliers, has cut its oil production by 10 per cent and threatened a total cutoff of U.S. shipments unless the United States halts military aid to Israel."The government of King Faisal decided to reduce its production by 10 per cent immediately beginning today and until the end of November," said Saudi Arabia's Radio Riyadh yesterday.
Israeli tank force drives deep into Egypt
By United Press International
A big Israeli armored column fought 20 miles inside Egypt today behind the main Egyptian Army massed in the Sinai Desert east of the Suez Canal and battles raged on both sides of the waterway. U.S. Secretary of State Henry A. Kissinger flew to Moscow for talks on trying to end the Middle East War.
Mideast war blazes again
By United Press International
Israel and Egypt resumed the 1973 Middle East War today, blaming each other for the breakdown of a short-lived cease-fire worked out by the United States and the Soviet Union.
Mideast hangs on shaky truce
By United Press International
Israel and Egypt charged each other with breaking the Middle East cease-fire along the southern Suez Canal for the second time today only hours after it went into effect, but the truce appeared to be taking hold again as night fell.
Ceasefire appears to be holding
By United Press International
The superpower-backed cease-fire ending the 1973 Middle East War appeared to be taking hold today despite reports of clashes by Israeli and Egyptian troops along the Suez Canal.
Next Watergate Scandal
Prev India Pakistan War 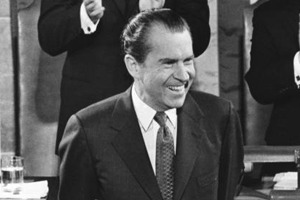 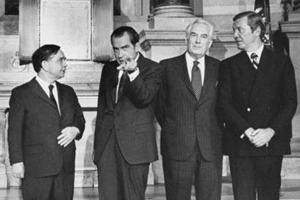 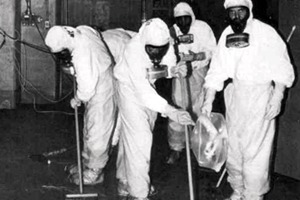