The Western world reacted with cautious relief and some puzzlement today at Russia's announced decision to pull its missiles out of Cuba.

There was immediate talk of hopes of negotiating settlements of other East-West cold war problems such as a nuclear test ban and disarmament. But through the speculation ran a strain of suspicion about Soviet motives.

Communist bloc news agencies portrayed the move as a positive act toward peace rather than any retreat from military confrontation.

The Soviet, Polish and Bulgarian news agencies all depicted the Soviet Union and Premier Nikita Khrushchev as champions of reducing tensions.

In Rome, an authoritative diplomatic source said U. S. firmness paid off "more than all of us expected." Prime Minister Harold Macmillan wrote Khrushchev that once the Cuban situation is "normalized, the way would be open for us all to work toward more general arrangements regarding armaments."

A French Foreign Office spokesman said it was "beautiful, perhaps too beautiful."

"The world may breathe more easily," said the Times of London.

But the London Daily Sketch asked: "What is Mr. K up to now?"

Philadelphia Archbishop John J. Krol, an ex-Cleveland prelate at the Vatican, said two words that seemed to sum up the feeling of rescue from Armageddon:

West Berliners were elated but tempered this with a caution born of long experience.

"We ought to remind ourselves of that old German saying, 'after victory, strap your helmet tighter'," said Berliner Kurt Hirschmann. 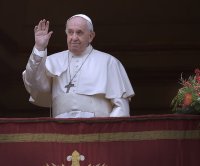 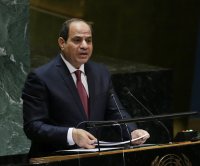