NEW YORK, Sept. 16, 1959 (UPI) - Soviet Prime Minister Nikita S. Khrushchev will be protected by 3,300 men, including a personal bodyguard of 16 six-footers, during his 45-hour visit here starting tomorrow. Not since Queen Elizabeth II visited New York in 1957 has the New York Police Department made such elaborate preparations for a visitor. Elizabeth had a guard of 3,573 men, but her tour of the city was much more extensive than Khrushchev's will be.

"Only Hitler could have made it worse for us," one high police official said.

One thing worrying police officials is that they don't know what the Russian prime minister will be doing during the free time on his schedule.

Soviet authorities here have given no hint of what Khrushchev might like to see during the sight-seeing time he has between scheduled lunches, dinners and receptions.

Another headache is the probability of mass picketing by various anti-Communist and refugee organizations. Police will be strict in limiting picketing to only five locations where Khrushchev will appear and placards on sticks or poles will not be permitted.

Police will remove all litter baskets and other movable objects along Khrushchev's route. Authorities fear that some Khrushchev-hater might be tempted to heave one of the 50-pound baskets at the prime minister's car.

The prime minister and his party of 70 will occupy the presidential suite and many other rooms in the Waldorf-Astoria Hotel tower.

Khrushchev's schedule includes a lunch given by the city at the Hotel Commodore, a reception at the town house of former Gov. Averell Harriman, a dinner given at the Waldorf by the Economic Club, a visit with Mrs. Eleanor Roosevelt at Hyde Park, an appearance before the U.N. General Assembly, and a dinner given by U.N. Secretary General Dag Hammarskjold.

World News // 4 minutes ago
UNESCO urges endangered listing for Great Barrier Reef, angers Australia
June 22 (UPI) -- The United Nations on Tuesday warned in a report that the Great Barrier Reef should be designated an endangered World Heritage site, a move that drew surprise and anger from the Australian government.

U.S. News // 33 minutes ago
High heat, drought conditions fuel dozens of wildfires in western U.S.
June 22 (UPI) -- Hot temperatures and drought conditions have made for a difficult start to the wildfire season in the West, as several fires are burning across multiple states, most notably Arizona, California, Colorado and Oregon.

Health News // 5 hours ago
Drinking rose during pandemic, especially for women, Black people
It may seem harmless to while away hours stuck at home during the pandemic with extra wine and cocktails. But new research instead points to a troubling trend: Alcohol use and risky drinking rose in the U.S. last year. 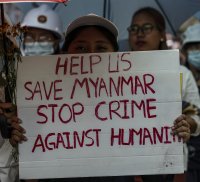