HAVANA, Dec. 30, 1958 (UPI) - A life or death struggle for the central Cuban city of Santa Clara raged today. Informed sources here said the rebels still were unable to crack government defense lines after four days of bitter fighting. Wild rumors circulated in Havana, but Cuban army sources said the rebels had barely been able to penetrate the outskirts of Santa Clara, key communications center and the capital of the province of Las Villas at Cuba's narrow waist.

Within the city itself, the army said, there was only sniping but on the city's outskirts the rebel and government forces were engaged in frequent and heavy fighting, with both sides suffering heavy casualties.

Foreign diplomatic sources in Havana said they had heard "rumors" of an estimated 1,500 rebel casualties, but they said this referred to fighting throughout Las Villas Province and not just in Santa Clara alone.

Cuban army authorities described as "highly exaggerated" reports abroad that thousands had died in the fight for the city.

The rebel radio claimed that more than 300 government troops had deserted to the insurgents in the fighting for Santa Clara and that a tank convoy with 400 troops had been prevented from reaching the city.

Rebel broadcasts also said the army garrison at Guantanamo, near the U.S. naval base, had surrendered to rebel forces.

In the battle for Santa Clara the army rushed in new reinforcements with tanks and bombed rebel positions almost non-stop with air force and navy planes. The planes also hit nearby rebel-held towns and villages in the fourth straight day of aerial attacks.

In other major developments:

--Two sons of President Fulgencio Batista of Cuba and several other persons flew to New York yesterday while the rebel radios were broadcasting that the fall of the Batista regime was near. The boys were Carlos Manuel, 9, and Roberto Francisco, 12.

--The pro-government newspaper Tiempo en Cuba said a group of pro-Batista persons withdrew their savings and fled to Miami and Key West because they believed false rebel reports claiming the capture of Las Villas Province.

Rebel representatives in New York said a radio station broadcasting in Cuba as the "Voice of the Communist Party" was a ruse by Batista and that the rebel movement "rejects all forms of Communist cooperation."

Two Americans were seized by Havana police Monday and were released last night and were en route to Louisville, Ky. They were Larry F. Brantley, 22, and James Reid, 38, faculty members at Waggener High School, Louisville.

In Washington, a Senate Foreign Relations subcommittee was expected to question Assistant Secretary of State Ray Rubottom in closed session today about reports the United States might send troops to Cuba to back up the Batista regime. The State Department has insisted it is keeping hands off.

U.S. News // 7 hours ago
California's amusement parks could reopen April
March 5 (UPI) -- Disneyland could soon be opening its doors after California unveiled new guidelines Friday for the reopening of the state's theme parks.

U.S. News // 10 hours ago
Senate hits roadblock in COVID-19 relief 'vote-a-rama'
March 5 (UPI) -- The Senate's efforts to vote on a series of amendments to President Joe Biden's COVID-19 relief bill hit a roadblock Friday over the extension of unemployment benefits. 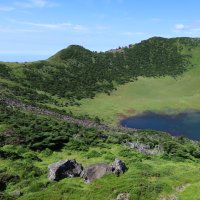 Odd News // 13 hours ago
Turkey crashes through window into California dentist's office
March 5 (UPI) -- An employee at a dentist's office in California received a scare when a large turkey came crashing through a window and into the patient consultant area.