Plane crashes with soccer team aboard

First reports listed at least 28 persons dead. Airport officials said at least 12 survivors were pulled from the wreckage of the plane and the debris of a house it hit when it crashed.

The two-engined Elizabethan-class airliner carried 38 passengers and a crew of six.

It was taking off from the Riem Airport in a snowstorm when it suddenly faltered and plunged into a big building. A customs official at the airport said one engine appeared to catch fire while the plane was making its takeaff run in the heavy snowstorm.

The plane hit the building and exploded, hurling blazing gasoline onto surrounding houses and homes.

In addition to the members of the Manchester, England, United soccer team, the plane carried several British newspapermen and two diplomats from the Yugoslav embassy in London-assistant press attache Gavrilo Vucinic and consular official Nebojsa Tonasevic.

The airliner had been chartered from the British European Airways to bring home the team which defeated Belgrade's "Red Star" team on points in a two-game European Cup series.

It had refueled at the Reim Airport.

The high-wing plane exploded when it fell in the Munich suburb of Kirchtrudering.

The Manchester United is one of Britain's most famous soccer teams. 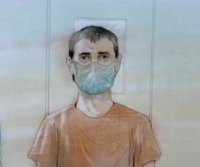 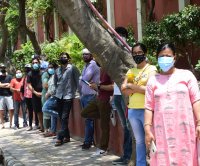