Ape to ride next Sputnik, dog still alive in No. 2

MOSCOW, Nov. 4, 1957 (UP) - Russia said today that its scientists are planning to use anthropod apes as the next passengers for space vehicles. The statement came as a result of the successful launching of Sputnik II.

Pravda, official Communist Party newspaper, said the reaction of the apes would be close to those of man and would prepare the way for future manned flights to the moon.

Soviet scientists have said this will be done by 1960.

Meanwhile, Sputnik II - the second earth satellite - orbited around the earth with a live dog aboard as the first space traveler.

Sputnik II carries many scientific instruments and apparently is part of the third-stage rocket used as a section of the launching forces.

Soviet scientists indicated the dog - nicknamed Curly - was alive. They indicated they would try to bring Curly back to earth safely.

(In the U.S., scientists doubted whether this could be done.)

Sputnik II was shot into space early Sunday morning Moscow time. It was orbiting the earth from a height of 1,056 miles - 500 miles higher than Sputnik I - and was circling the earth once every 103.7 minutes.

Sputnik I now is beepless, but Sputnik II is transmitting "bleep bleeps" similar to those heard from the first satellite. Added to the bleeps was an electronic hissing sound said to be the sounds of the heart and brain of the dog in its air-conditioned kennel.

Instruments strapped to the dog were emitting modulated code signals reaching the earth in a hiss to be electronically decoded and recorded on medical graphs.

The Soviets disclosed the dog was dressed in hermetically-sealed clothing equipped with oxygen inside his little hermetically sealed space cabin.

A scientist said its heart beats were being registered on an electrocardiograph and radioed back to earth.

Radio Moscow gave the breed of the dog but not its name.

It described the animal as a Husky, a member of a tough breed used in Arctic regions as work dogs.

It was recalled in Moscow that experiments were being carried out recently with a small, shaggy dog named Kudryavka (Curly in English), which had made several rocket flights.

"Premliminary data show that the animal behaved calmly during the first few hours of the (Sputnik II) flight and its general condition was satisfactory," a broadcast said.

A Soviet physiologist said today the dog has enough food and water to keep it alive "for a considerable length of time."

The physiologist, identified only as Chernigovsky, said, "It is not for the first time that the dog which is now in the satellite is traveling in unusual conditions.

"Before being placed in the satellite it underwent special training which included a rocket flight."

There still was no detailed scientific information available on the launching and orbiting of the new sputnik, although Moscow Radio again began broadcasting timetables for the satellite's appearance over various major world cities.

Sputnik II - called "muttnik" by some - was believed to be cone shaped. It carries half a ton of scientific and radio equipment. In addition to sending back information on the dog, its equipment is studying cosmic rays and solar radiation within the shortwave, ultraviolet and X-ray fields of the spectrum.

(In the U.S., Dr. John P. Hagen, chief of America's satellite program, and other scientists were intrigued with the weight of Sputnik II - 1,120 pounds. They first thought it would take a rocket of fantastic thrust to shove such an object into space.

(But Hagen and other U.S. scientists said the Russians "simplified their project" by not separating the satellite and the rocket. They said it meant there was that much less equipment to go wrong and that much less danger of failure.

(From a military standpoint, they said, the new Russian satellite leaves little doubt that the Soviets have rockets capable of firing ICBM's at targets in this country. It also showed Russian mastery of complicated guidance and fuel problems.)

The "bleep, bleep" of the new satellite was heard all over the world. Moonwatchers in Australia said they already had spotted it.

One of Russia's leading scientists, A.A. Blagonravov, advised observers tracking Sputnik II to listen for a "hissing" sound in addition to the "bleep, bleep." He said the hiss would tell scientists how Curly is reacting to the flight.

Blagonravov also said the dog was being fed artificially. Other scientists have said such dogs as Curly have been trained to eat only when given a certain stimulus - such as the ringing of a bell. 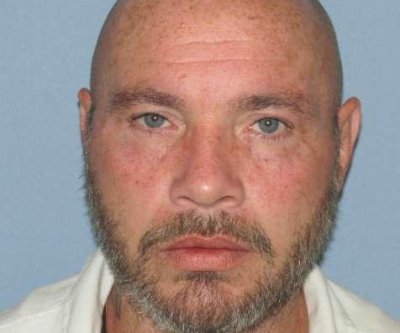 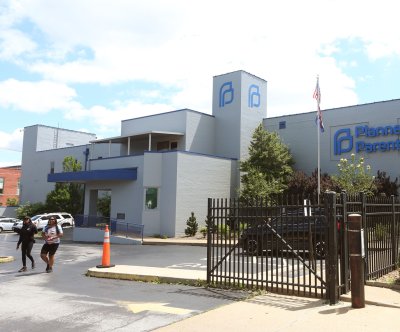