ATLANTA, May 17, 1954 (UP) - The cost of equalizing school facilities for Negroes in 17 segregated-by-law states would be at least $500,000,000, a United Press survey showed today. Some states have spent more on Negro schools than on those for white children. Negroes are being admitted to some college graduate schools, heretofore reserved for whites.

This is how the public school equalization program, as of last year, was working in some of the states:

There are 72 medical colleges in the country and 51 of them have admitted Negro students. Nine of the 51 are in the South.

It took federal lawsuits to open some of these universities to Negroes. But in most cases the barriers were dropped, the leaders say, as a consequence of the white man's conscience prodding him to take action.

There are 31 Negro colleges in America. 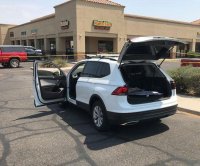 Science News // 7 hours ago
Scientists put the quantum freeze on human-scale object
June 17 (UPI) -- For the first time, scientists have brought a human-scale object to a near standstill, turning the Laser Interfrometer Gravitational-wave Observatory's four mirrors into a quantum object.

World News // 7 hours ago
Former President Laurent Gbagbo returns to Ivory Coast after ICC acquittal
June 17 (UPI) -- Laurent Gbagbo, the former president of Ivory Coast, returned to the country for the first time in 10 years on Thursday after he was acquitted of charges of crimes against humanity by the International Criminal Court.