Profiles of the 21 Nazi leaders on trial at Nuremberg

Head of the Luftwaffe and general factotum in the Nazi hierarchy. At first his personality and energy dominated the trial. But as he heard his "legend" torn to bits by other defendants who attacked both him and Hitler, he became apathetic. The ex-Field Marshal unsuccessfully begged for morphine when Justice Robert H. Jackson read Schacht's description of him as a toga-draped Nero with painted toenails and jeweled fingers. Goering's defense line was that he was loyal to Hitler - an honest but misguided No. 2 Nazi. He denied knowledge of experiments carried out on human beings for the benefit of the Luftwaffe.

Hitler's heir apparent who made the famous flight to England. After his return to Germany, he said, he lost all memory. He created a sensation when the trial began by claiming his amnesia was feigned. He refused to take the stand in his defense. His lawyer claimed Hess was crazy. Pale, gaunt and wild eyed, Hess seemed to take little interest in the trial. In court he writhed and twisted with stomach cramps. He refused to take medicine on the ground he would be poisoned.

The former elegant foreign minister appeared the most broken in health and spirit. His be-medaled uniform was replaced by a drab civilian suit and he was white-haired and ashen-faced. His occasional smiles at Goering's sallies seem to cost him a terrible effort. When Sir Hartley Shawcross called him a "murderer" in his final argument, Ribbentrop slumped forward and nearly fell. His defense for smoothing the path for Hitler's invasions was that he was only telling "diplomatic lies."

Although his green Wehrmacht uniform was stripped of all insignia, Keitel's handsome profile and trim mustache made him appear a benevolent grandfather. He cried when Sir Hartley described army atrocities among Jews of Russia and Poland. His defense followed the familiar military line that he was only carrying out the orders of Hitler, who was the government. His lawyer admitted that Keitel "feels a heavy guilt," and recognized the truth of the indictment "generally." Keitel said he opposed the invasion of Russia and tried many times to resign, but Hitler would not permit it.

The lanky Austrian lawyer who was head of the Nazi secret police under Heinrich Himmler has sinister dueling scars on the left side of his face. He tried to commit suicide when captured and then suffered a cranial hemorrhage, but could not cheat responsibility in the end.

The leading philosopher of National Socialism from its beginning, Rosenberg was charged with responsibility for Nazi crimes against Jews and civilians in Russia as minister for the occupied eastern territories. He resolutely blamed the SS, the Gestapo and Hitler. His lawyer's attempt to mimeograph extensive excerpts from Rosenberg's "Myth of the 20th Century," were cut off by Mr. Jackson, who said the money of American taxpayers should not go to disseminate anti-Semitic propaganda.

The governor general of Poland created a sensation in court when he said, "It will take a thousand years to erase the guilt of Germany." Later, however, it developed in his defense that every German was guilty except Frank. He laid the horrors in Poland to the SS and Gestapo and claimed he did everything he could to alleviate the lot of the Poles. Excerpts from his diary quoted him as saying that if a poster were put on every tree for every Pole killed, there would not be enough trees in all Poland.

One of the earliest Nazis, and later "protector" of Bohemia-Moravia, Frick seemed to withstand the strain of the trial better than younger men. Though 59, he is still slender and tanned. He refused to take the stand in his defense. His lawyer claimed, as have those of all other defendants, that Frick knew nothing of concentration camp excesses.

The world's leading Jew baiter claimed in his defense to have been instead the world's first Zionist. He said his anti-Semitic program was aimed only at establishing a national home for the Jews in Madagascar. The white-haired, hatchet-faced publisher of "Der Sturmer" told the court he ordered the Nuremberg synagogue torn down merely because it did not harmonize with the old Gothic city's architecture.

The former economic minister and Reichsbank director frequently referred to himself as a seriously ill old man, but he has hardly missed a day of the trial. One of the earliest Nazis, he summed up his defense with a picture of himself as a little man "who was frequently allowed up to the door but not in." His chief battle was an attempt to show he did not know that SS deposits in the Reichsbank included gold teeth taken from Jews murdered in concentration camps.

The once internationally known banker and economist registered continual indignation at being in the same dock "with those criminals." The man who financed German rearmament by a series of dazzling economic measures claimed to have tried to stop Hitler from 1938 on. His only defense witness, Hans Gesevius, came from Switzerland to testify that Schacht led the July, 1944, bomb plot against Hitler. Schacht was singled out by Mr. Jackson for special attack in his closing argument as a man who never joined a movement until it was assured of success and left it at the first hint of its failure.

The man whom Hitler chose to succeed him as head of the last Nazi government professed to be only a completely non-political seadog. Doenitz claimed that as chief of U-boat warfare he had always fought "cleanly." His lawyer introduced an affidavit from Adm. of Fleet Chester Nimitz saying that America ordered unrestricted submarine attack in the Pacific following Pearl Harbor. Doenitz vehemently denied that he ever planned aggressive war.

The 70-year-old head of the navy as long ago as the Weimar Republic justified German rearmament in defiance of the Versailles Treaty as merely defensive. He claimed to have known nothing of plans for aggressive warfare. Raeder admitted suggesting to Hitler as early as October, 1939, that Norway be invaded, but said it was only to forestall a similar attempt by England and France.

The son of an American mother and an officer in the old imperial army, the former leader of 5,000,000 Hitler youth appeared to have aged more than any other defendant. He created a sensation in court when he declared that Hitler was guilty of betrayal, calling the Fuehrer a "million-fold murderer." His lawyer said von Schirach had done what he could to atone and begged the tribunal to take that into account in its verdict.

The one-time seaman who has been called the greatest slave trader of all times claimed to be an honest mariner who was all at sea when it came to politics. As Hitler's plenipotentiary for labor Sauckel told the court he could not see anything wrong in forcing an estimated 5,000,000 foreigners to come to Germany and work for a Reich victory.

The chief of staff of the Wehrmacht and the man who surrendered for Germany adopted the military defense line that he was only obeying Hitler's orders. He said the Fuehrer distrusted generals as reactionaries and would not take their advice. Jodl said he opposed the attack on Russia but was convinced it was purely a defensive measure.

Not even nine months of gruesome testimony shook the suavity of a diplomat famous for his intrigues even in the first World War. "The old fox," addressing the tribunal as though they were friendly club members, lectured on the difficulties of conducting diplomacy under Hitler, whom he claimed to have tried in vain to curb. White haired and handsome, von Papen said he negotiated for Hitler to become chancellor only because he thought responsibility would reform him. Von Papen, who seemed to have been on all sides at once, even claimed to have had a hand in the bomb plot against Hitler.

The leading Austrian Nazi, who became chancellor after the Anschluss, insisted he did not know that Hitler was going to dominate his country when he took it over. German administrator of Holland during the war, Seyss-Inquart claimed to have saved thousands of lives, though he admitted he was obliged to have "a few" patriots shot on the exigencies of the SS.

The oldest of the defendants - he is 73 - the first foreign minister under Hitler, outwardly at least bore up best under the trial. He justified Germany's leaving the disarmament conference and the League of Nations on the grounds the Versailles powers were not disarming and were using the League to enforce "an unfair treaty."

As wartime minister of armaments, he testified he worked so efficiently that two months after the invasion of Poland German factories operated at their peak. When he failed to convince Hitler in May, 1944, that the war was lost, he coldly tried to blow up the poison gas, he said.

The lawyer for Goebbels' velvet-voiced radio mouthpiece told the tribunal Fritzsche was being tried only because Goebbels was dead. Fritzsche claimed Hitler and Goebbels lied to him. 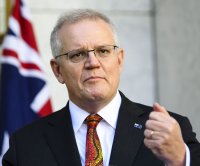 World News // 4 hours ago
Tropical Storm Mirinae approaches mainland Japan, could impact Olympics
Officials and athletes at the Olympics continue to battle sweltering conditions as heat and humidity prevail in the Tokyo, but once again, a tropical system brewing nearby could offer some relief. 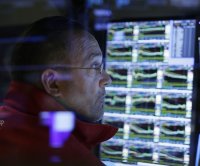 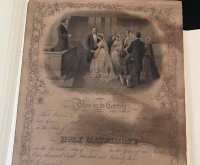