Forces smash at Solomons and Aleutians

WASHINGTON -- United States forces have taken the offensive in the Southwest Pacific and are carrying out smashing attacks against Japanese bases in the Solomon Islands, the navy announced today.

Wording of the navy's communique indicated that land, sea and air forces may be conducting combined offensive against the enemy in the southeast part of the long chain of islands east of New Guinea.

"U. S. Naval and other forces," the communique said, "have attacked enemy installations in the southeast part of the Solomon Islands In force and the attacks are continuing."

Simultaneously, the navy disclosed for the first time that naval surface craft were attacking the enemy in the Aleutians, where the Japanese are installed on Attu, Agattu and Kiska Islands,

Heretofore only air power and submarines had been sent against the Japanese in this fog-shrouded northern theater of war.

There was little doubt that the Solomons action was of important proportions.

Use of the words "in force," navy spokesmen said, suggested that the offensive was on a major scale- perhaps designed to drive the Japanese out o' their footholds dangerously close to United Nations ocean supply lines.

The phrase "and other forces," it was believed, may mean that landing troops were engaged, possibly marines. It recently was announced that a substantial force of marines had arrived at an undisclosed base in the southern Pacific.

Only Barest Details Given

It was a foregone conclusion that air power as well as surface strength was playing a strong role in the new blows.

The navy did not say which of the Solomon Islands were being attacked. The southeastern members of the far-flung group, however, include San Cristobal, Malata, Maramasike, Guadalcanal, Florida and Russel Islands. The islands are completely under Japanese domination.

Tulagi Harbor, principal port and seat of the British government of the islands prior to their occupation by the Japanese, is about midway on the southern coast of Florida Island. The navy gave only the barest details, explaining that "no additional information is available at present."

The Solomons are a logical point of attack for the United Nations. They form one end of the semi-circle of bases seized by the Japanese since Dec. 7, ringing Australia from the north and forming a strategic line from which Japan can attack United Nations shipping. These enemy bases extend hundreds of miles eastward from New Guinea and north and northeast of Australia.

Successful prosecution of the attacks would go far toward reducing a serious invasion threat to Australia and the United Nations life line from America to the Southwest Pacific. 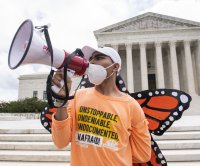 U.S. News // 3 hours ago
Judge orders Trump administration to process DACA applications
Dec. 4 (UPI) -- ens of thousands of undocumented immigrants could be eligible for protections offered under the Deferred Action for Childhood Arrivals program after a federal judge ordered the program must revert to its 2017 status. 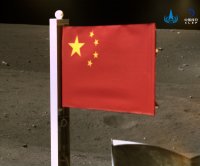