Germany's mechanized forces drove a spearhead through Picardy to the English Channel today in Adolf Hitler's climactic blitzkrieg against the Allied armies in Northeastern France and Belgium.

The Allied forces fought back grimly but apparently without seriously checking the Germanys and, in Paris, Premier Paul Reynaud charged that "unbelievable faults" had been committed through failure to blow up a bridge over which the Germans first smashed through the Maginot line defenses on the Meuse river. He said those responsible would be punished, but did not make clear whether they were "fifth column" traitors or blunderers.

In lightning but powerful blows that seemed to smother allied counter attacks, the German armies were officially reported to have broken up the main. French army in the north, captured its staff and commander, Gen. Henri Giraud. and taken the towns of Amiens, Arras and Abbeville in a drive to cut off and attack possibly 1,000,000 British, French and Belgian troops in Flanders.

Peak of the blitzkrieg attack was at Abbeyville, a French port at the end of the Somme Bay, where the Somme river flows into the channel 70 miles from the shores of England. Abbeville itself is 12 miles from the channel coast but if the Germans can hold it the break through is complete.

"Channel reached!" screamed the headlines of every Berlin newspaper. "Allied armies cut off."

And the conservative Hamburger Frem Den Blatt forecast that the German armies, already attacking the retiring British and Belgians east of Ghent, would soon strike a most powerful blow at the allied forces isolated in Flanders.

Thrust Against England Near

After that, it was indicated, the German thrust against England -- for which the British government prepared "with great speed -- will be possible.

Meanwhile, German armies took Loan and Rethel to surge closer to Paris and the German air force again hammered with tremendous force at the British and French fleets, reporting the bombing of five warships and 17 transports or merchant vessels.

In Paris, the French contended that furious fighting still was in progress along broken and jig-saw fronts in northern France and that their lines had given ground only at great cost to the Nazis, but Premier Paul Reynaud admitted to the Senate that Amiens and Arras had been taken.

The premier said that a terrible error had been committed on the French northern front, where the Germans seized a bridge across the Meuse that had not been blown up and thus were able to pour their great mechanized strength through the heart of the allied defenses.

The full extent of the German gains and of the allied counter-attacks can be determined only after further operations on a vast battlefront that is confused and jumbled as a result of the Nazi strategy of striking with mechanized units far in advance of their main forces and far behind the enemy lines.

German parachute troops were being used extensively in an attempt to strengthen and consolidate the lines pushed' forward in lightning fashion into northern France and it was reported that the allies might speed their near eastern army to France to bolster their defenses.

The German statement that the channel had been reach ed climaxed 11 days of warfare through the low countries and in northern France and made the allied position seem as dangerous if not more dangerous than at any time during the World War.

The Germans still are not as far advanced in French territory as they were at the high mark of the World War, when they surged to the suburbs of Paris. But they have achieved the capture of a channel port, which they failed to do throughout the World War and they have moved with far greater speed.

Furthermore, from Amiens, the Germans are in a position to strike southward toward Paris at any time they can consolidate their positions in the north. And if they succeed in bringing together their vast pincers operations against the Allied armies in Flanders the entire channel coast will be in their hands with England only a few minutes away by airplane.

In the battle of the Somme, Germany brought parachutist troops into action for the first time in France, and sent motorcyclists racing into the fight in an attempt, in cooperation with the parachutists, to seize railroad stations and other key points far behind the Allied lines.

In London, a British military authority asserted that French troops had begun a counter-attack, awaited' since Sunday, in the German "bulge" area of the Somme front and were "fighting magnificently."

Germans predicted the fall of Abbeville in a few hours, two days at most, its hurried transformation In-' to a German air base, and then a Blitzkrieg on Great Britain. The British Port of Hastings is only 70 miles from Abbeville.

The Germans apparently had made Paris a secondary goal now In their drive out of the Northern French "bulge." However, they were still throwing pressure ,on the Allied lines below St. Quentin and were at Laon, headed in the direction of Paris, 75 miles away.

The charge of Abbeville was made from the La Cateau sector, near the Belgian-French border northeast of St. Quentin. If the Germans were now 25 miles from Abbeville they had advanced 40 miles over the fields of Normandy since yesterday.

This drive was of tremendous strategic significance. It roughly parallels the French-Belgian border. If it reached the coast It would have driven a wedge between the Allied troops in France and those in Bel gium. German dispatches said there were 1,000,000 Allied troops In Belgium and that with the fall of Ab beville they would be cut off. Facing a sweeping German movement through Northwest Belgium, the Allies would have to turn and fight their way back Into France with an other German Army at their heels.

However, Allied dispatches said the Allies had foreseen this situation and had- been withdrawing safely back into France through the Cambrai sector, north of St. Quentin, for several days.

The French high command said German thrusts around Laon, menacing Paris, were being repulsed. It said nothing about the German drive for the channel, although it reported "positions essentially unchanged:"

Allied quarters still talked of an impending counter-attack, which would have to come soon if the channel were to be saved.

The Germans reportedly moving toward Abbeville would have passed 30 miles south of Lille, huge French industrial center, and a battle for that city was believed not far away. Cambrai, from where the German coastal drive started, and where the British, French and Belgian troops were pouring into France from Belgium, was another spot apparently destined for terrific fighting.

Britain, still escaping the fight, believed that the British Isles inevitably would see fighting, and barricades were going up in most important British streets.

France, with every energy bent on saving herself, had to cope with the problem of 3,000,000 refugees, who were streaming down from Holland, Belgium, Luxembourg and Northern France in endless flow.

World News // 11 minutes ago
North Korea may have mentioned 'opinion-driven' Twitter in newspaper
March 3 (UPI) -- U.S. social media platform Twitter may have been mentioned in North Korean state media, possibly for the first time, in an article that described in detail the role of the network in delivering "opinions and news."

Science News // 39 minutes ago
Wild, 'destructive' pigs help cultivate biodiversity in their native rainforests
March 3 (UPI) -- All over the world, wild hogs are considered a nuisance and a pest, but according to a new study, the hogs and their messy, destructive nest-building practices nurture biodiversity in Malaysian rainforests. 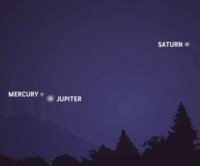 Science News // 2 hours ago
Mercury, Jupiter to appear side by side in weekend sky
The first week of March will conclude with a celestial meetup of the smallest and largest planets in the solar system, Mercury and Jupiter.