Author Orson Welles meets with reporters on October 31 1938 to explain the radio broadcast of The War of the Worlds was not expected to cause panic. Photo by Acme News/Wikipedia

NEW YORK, Oct. 30, 1938 (UP) Residents of New Jersey fled their homes tonight, squad cars and ambulances roared through Newark and newspaper and press association offices throughout the country were besieged with telephone calls demanding to know about "a meteor which fell in New Jersey."

The uproar resulted from a radio dramatization of H.G. Wells' novel, "The War of the Worlds," in which the arrival of men from Mars upon earth at first is believed to be a meteor shower. In the radio rendition the report of a meteor falling near Trenton, N.J., was made so realistic that persons who tuned in after the introductory remarks had been made believed the statement to be fact.

There was an immediate flood of telephone calls to newspaper offices, police stations and hospitals.

A report spread through Newark that the city was to be the target of a "gas bomb attack." Wild excitement prevailed there. Police headquarters was notified that there had been a serious "gas accident" in the Clinton Hills section of Newark, a residential area, and to send squad cars and ambulances.

There they found householders, with possessions hastily bundled, leaving their homes. They returned only after fulsome explanations that there was to be no gas-bombing.

The Newark police switchboard operator estimated he had received 2,000 queries within an hour about the "meteor" and "gas attack."

There was similar excitement in other cities from coast to coast. Tulsa, Okla., reported two heart attacks and a stroke resulting from the dramatization. Dallas, Kansas City and Omaha reported hundreds of telephone calls to authorities and newspaper offices, some from persons who had relatives in New Jersey and feared for their safety.

An excited parishioner dashed into the First Baptist Church at Caldwell, N.J., during evening services and shouted that a tremendous meteor had fallen, causing widespread death and destruction, and the North Jersey was threatened by a shower of meteors. The congregation joined in prayers for deliverance.

Advised of the furor the program had created, Orson Welles, the director, was quoted as saying;

"We've been putting on all sorts of things from the most realistic situations to the wildest fantasy and nobody ever bothered to get serious about them before. We just can't understand why this should have had such an amazing reaction.

"It started off with music and then I made a speech, supposedly in 1939, saying that as I looked back I never dreamed that such things existed as had actually come before my sight. Then there was a jazz band playing and it was interrupted by bulletins announcing the arrival of the Martians-huge creatures that crawled around shooting death rays, and so forth.

"For the next few minutes the program was devoted to special broadcasts, bulletins and so forth announcing the progress of the invasion of the Martians. Things seemed to be in a bad way alright, but just then we broke for station announcements and disclosed once again that it was all just a huge make-believe.

"After that we dropped the convention of the news bulletins and I began to talk-as if I were describing what I saw in 1939-people lying dead in the streets and nearby the Martians-dead, too. They had succumbed to disease germs.

"It's too bad that so many people got excited but after all we kept reminding them that it wasn't really true. You can't do much more and hope to keep up any impression of suspense when you're putting on a play." 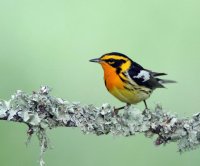 Odd News // 16 minutes ago
Dog reunited with family after 11 months on the loose in Chicago
Nov. 30 (UPI) -- A dog that ran away from her owner's home was reunited with the family after spending nearly a year on the streets of Chicago.

U.S. News // 1 hour ago
Pending home sales dip slightly in October, easing off on hot pace
Nov. 30 (UPI) -- Pending sales in the U.S. housing market declined slightly for a second consecutive month in October, signaling buyers may be reaching a limit on what they can afford, updated data showed Monday.

Health News // 1 hour ago
Nearly half of U.S. adults fear surprise bills, don't seek healthcare
Nov. 30 (UPI) -- Nearly half of all adults in the United States report that concerns over unexpected medical bills keeps them from seeking care, according to the results of a survey by the American Heart Association.

Odd News // 1 hour ago
Hawaii offers free round trips for remote workers
Nov. 30 (UPI) -- The State of Hawaii announced it is offering free round-trip tickets to Honolulu to people who work remotely and are willing to dedicate some of their time toward contributing to the community.