Votes to pass the resolution to cancel the Doheny and the Sinclair leases are available.

But the Senate cannot get to the point of voting.

Self-important senators insist on making pompous speeches for home consumption. They are delaying the efforts of the leaders of both parties in getting action on the oil leases.

Indications are that the speech-making will continue.

The Senate dragged through a whole day of dreary debate as senators made political speeches bearing on the oil deals. Leaders of both sides, realizing the desirability of prompt action on the pending measures, pleaded with the senators to shut off their speech-making. Several senators reluctantly agreed to refrain from inflicting additional speeches on their colleagues, but there were others who could not be dissuaded.

So, matters stand exactly where they were 24 hours ago.

A series of amendments from the Republican side, designed to pull the sharpest teeth from the Walsh resolution, were voted down by a coalition of Democrats and progressive Republicans, which was joined by Senator Hiram Johnson, Coolidge's rival for the presidential nomination.

This leaves the Walsh resolution intact, containing its blunt declaration that the oil deals were illegal.

Lenroot, chairman of the investigating committee, sought to change this to read that the leases were "executed under circumstances giving rise to questions of legality." Sterling, another Republican, tried fruitlessly to make it read, "without apparent authority." Then he tried to substitute the word "contravention" for "defiance" in the resolution. All of these amendments were voted down by the coalition.

President Coolidge, determined to get some credit out of the inquiry, is annoyed at the delay of the Senate in clearing up the oil mess.

Coolidge has appointed special counsel to prosecute the oil cases. But the Senate refuses to vote the appropriation to pay the counsel unless Coolidge submits the name of the counsel to the Senate for its approval.

The effect of this is about the same as it would be if no inquiry were being conducted.

Meanwhile, the House Naval Affairs Committee developed a set of facts which amazed the congressmen. Secretary of Navy Denby, it appeared from testimony of naval officers, has been using oil royalties from the Teapot Dome and California reserve for an elaborate program of building naval oil bases to cost nearly $50,000,000.

This came as a shock to the congressmen, who had supposed Congress alone is empowered under the Constitution to authorize naval expenditure. If any attempt is made to impeach Secretary Denby, this testimony will play a conspicuous part in it, for many congressmen believe he exceeded his constitutional authority in thus diverting his oil revenues without first turning them into the treasury and obtaining authorization for expenditures from Congress.

Rear Admiral Gregory, chief of the Bureau of Yards and Docks, told the committee that the following projects, under construction or in contemplation, are to be paid for out of oil royalties:

Meantime, three impartial medical experts of Washington - selected by the Senate investigating committee - undertook to determine just how sick Albert B. Fall is.

The physicians will report tomorrow whether they believe Fall able to testify or whether it would be advisable for the committee to go to his bedside.

Silas H. Strawn, Chicago, Republican member of the special counsel appointed by the president, was studying today the evidence disclosed by the Senate committee. He will confer with Thomas W. Gregory, the Democratic counsel, as soon as Gregory gets here from Texas.

The executive order making the transfers issued by the late President Harding was signed at the request of Secretary Denby, Admiral Latimer said.

Odd News // 9 minutes ago
Oregon man wins $6.3 million from free lottery ticket
March 31 (UPI) -- An Oregon man's $6.3 million lottery jackpot was made all the more lucky by the fact that his ticket was free -- and he almost left it at the store.

Science News // 17 minutes ago
Astronomers reveal source of 'red sign' in ancient Japanese literature
March 31 (UPI) -- In the early 7th century Japan, a fan of bright red feathers flamed across the night sky. Onlookers likened the cosmic phenomenon to the tail of a pheasant. 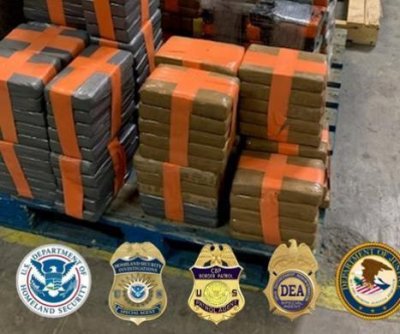 U.S. News // 23 minutes ago
Agents seize 4,000 pounds of drugs from U.S.-Mexico border tunnel
March 31 (UPI) -- U.S. border officials seized over 4,000 pounds of illicit drugs from the U.S. exit of a tunnel spanning more than 2,000 feet from a warehouse in Mexico to one in California

World News // 46 minutes ago
Ongoing drought in Brazil, Argentina threatens crucial crop harvests
An unusually dry end to the summer season across parts of South America is expected to impact the harvests of important crops in the region.

Health News // 49 minutes ago
Fitness key to long-term weight loss success
The more fit you are when you start a weight-loss program, the more weight you could lose, a new study says. 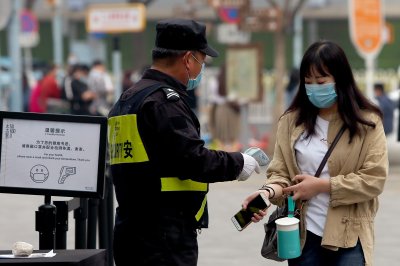