Chicago's great balm Is the fact that the Sox fought to the finish. After the Reds' demoralizing rush that carried them within a game of the time before the Sox could regain their feet, Chicago's fans were a bit uncertain whether they had a fighting ball after all. But the Sox came back. They found themselves and fought almost to even terms, and went down fighting 'after a final desperate bid as the last game waned that carried them battling to the fend.

First class pitching by the Cincinnati boxmen on their first trials, coupled with a real punch in the National Leaguers' attack won out for the Eeds. And they needed the lead their pitchers gave them at the outset for in every one of the four victories, Cincinnati pitchers were hit hard on their second appearance.

Gleason's pitchers were a disappointment, with the exception of Dickie Kerr, the Texas youth who went into the series almost unknown and emerged triumphant. It might be fairer to charge his mates with responsibility for his second defeat, since they failed utterly to hit behind him. His third game fully justified the faith of his friends.

Claude Williams was in a way the hard luck pitcher of the series. Though he hurled two four hit games, he was forced to accept defeat both times and on a third trial he was batted from the box. Williams was responsible for his own downfall in his first game, however, as he walked every Red who scored.

Hod Eller, of the Reds, shares with Kerr, the honor of being the only pitchers to register two victories. Furthermore, each pitched one wonderful shut-out game. No finer pitching than their's has been seen in a World series. Kerr won his second start through gameness under punishment and bis mates' timely hitting. Eller's second game was far inferior to his first, and without the terrific Red attack that pounded out sixteen hits for ten runs, he would have lost.

Eddie Iloush carried away the fielding honors of the series. Two of the finest catches ever made in a World series were turned in by the speedy Cmcmnatian. His diving catch of Liebold's drive in the ninth inning of yesterday's game was a wonderful piece of work and possibly saved the game for the Reds. The Sox were coming fast, and had Leibold's drive got away it might have proved the break the Sox were fighting for. Roush covered worlds of territory In every game. He played half of the other outfields as well as his own. He proved conclusively his right to be ranked with Speaker as the best fielding gardeners in the game.

Jackson shared Chicago's highest honors, with Kerr. He hit when hits meant runs; he led his club at bat; and he delivered the only circuit smash of the series.

The eight game series proved a great strain on the players and Ion the fans as "well. There is already considerable agitation in favor of returning to the shorter program that prevailed before this year. Seats went begging at the last games in both Chicago and Cincinnati, which some persons hold is a fair indication that public interest cannot be maintained through more than seven games in spite of the class 'of baseball played.

Magnates and players alike reaped unprecedented financial returns from the long series. Never before has the players' cut of the rceipts been greater nor the magnates or others connected with the game banked such receipts. In addition, players of the second and third club in both leagues will be handed tidy sums. 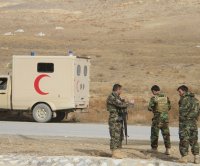