The SS Tuscania was torpedoed and sunk on February 5, 1918, as it carried U.S. troops to Europe. File Photo courtesy Wikimedia

WASHINGTON -- The Cunard liner Tuscania, carrying 2,179 American soldiers was torpedoed and sunk off the Irish Coast, but official reports late this afternoon said 1,977 of the officers and enlisted men had been saved and indicated that the rescued might prove even larger. Late reports today stated that 145 officers and enlisted men and 65 of the Tuscania crew had been lost.

The rescue of the drowning men was the greatest and most dramatic piece of work accomplished during the war. The convoy of destroyers, patrols and hospital ships maneuvered around the Tuscania, finally saving over 90 per cent of the men overboard. The large transport floated several hours before she finally sank.

Americans on other vessels witnessed the torpedoing. In the Twentieth Engineers are many Pennsylvania Foresters including a number from Harrisburg. Roy Ross, of Huntingdon, and H.R. Johns, a State College graduate are perhaps among those who were on the ill-fated transport.

The sinking of the Tuscania shocked the whole country and started official Washington into burst of real war activity. Secretary of War Baker stated today that "we must and will win the war," and claimed that Germany uses the refined stealth of a savage.

The troops on the transport Tuscania composed chiefly of detachments of Michigan and Wisconsin National Guardsmen, were under convoy of British warships when the torpedoing took place early Wednesday morning.

When the first messages were received at the State department from the embassy at London that a thousand had perished, all were greatly distressed and later when other cablegrams arrived, that 1977 were saved, the joy of the officers almost swept away the gloom occasioned by the earlier news. The survivors were landed at Larne and Bunerana, two widely separated Irish ports, and this coupled with the evident fact that rescue ships were at hand quickly gave rise to the hope that nearly everybody on board the Tuscania except those injured by the explosion had been saved.

The president, Secretary Baker and in fact, all official Washington were up late waiting for further news. Only the briefest dispatches were received, and none gave details of the attack on the liner. Even the time was missing, but it was assumed that it occurred early yesterday morning, as the first message was filed at London at 3 o'clock in the afternoon, probably within an hour after the relief ships reached the Irish coast.

The president was at the theatre when the news was received and he was not told until he returned to the White House. In the meantime, the war, navy and state departments had sent urgent messages by wireless and cable, instructing their representatives in England and Ireland to forward every available fact immediately.

Because of the nature of the military organizations carried by the ship, the war department announced that it would be impossible to say definitely what troops were aboard until the list of survivors was received. Later, however, the adjutant general's office made the list public.

Headquarters detachment and Companies D, E and F of the 20th engineers.

Replacement detachments Nos. 1 and 2 of the 32nd division.

The Thirty-second division is composed of National Guard troops from Michigan and Wisconsin. The division trained at Camp McArthur, Texas.

The Tuscania was a British passenger and freight steamship of 14,348 tons gross register. She was built at Glasgow in 1914 and was owned by the Anchor line.

The last report of the Tuscania was her arrival at an Atlantic port January 17 last.

The Tuscania during her career as a passenger liner was one of the best equipped vessels in the trans-Atlantic service. She made her maiden voyage in February 1915, and for a time was in the service of the British admiralty, but later was restored to her owners for regular service. She was 567 feet long with a 66 foot beam and was equipped to carry 2,500 passengers in cabin and steerage accommodations. The ship had twin screws and a speed of about 18 knots. On several occasions since the war began she was the object of torpedo attack but managed to escape through her speed assisted by defense guns.

Health News // 1 hour ago
Study: COVID-19 protections may have reduced asthma hospitalizations
Measures enacted to slow the spread of the new coronavirus also appeared to reduce hospitalizations for asthma, a new study finds.

Health News // 2 hours ago
Effectiveness, politics impact public's willingness to take COVID-19 vaccine
Oct. 20 (UPI) -- Just over half of all people in the United States are "extremely, moderately or slightly likely" to take a COVID-19 vaccine that meets the Food and Drug Administration's minimum threshold for effectiveness. 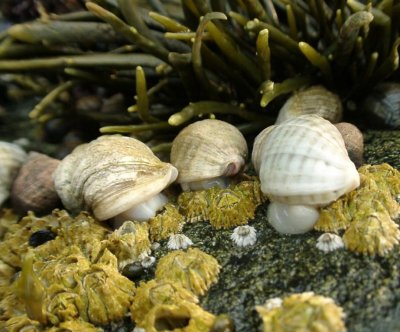 Science News // 3 hours ago
Climate change driving mussel, barnacle, snail declines along Maine coast
Oct. 20 (UPI) -- The combination of ocean warming and acidification is driving declines among five species of mussels, barnacles and snails along the coast of Maine according to new research