New York, March 25, 1911 (UP) - The most remarkable rescue in the history of the New York fire department was made in the building just before 9 o'clock. A deputy chief while wading through the water in the cellar heard from groans coming from the sub-cellar in the neighborhood of the freight elevator. Hurriedly summoning a number of men with lanterns, he lowered himself into the water. There, submerged, with only his head above the water, but clinging with a death grip to the cable of the elevator, he found Hyman Meshel, 21, of 332 E. Fifteenth street. The youth was hurriedly carried into the street where an ambulance surgeon forced a stimulant down his throat and brought him back to consciousness.

Meshel said that he was on the ninth floor when the fire broke out, and finding his escape cut off, he slid down the elevator cable landing in the sub-cellar. To weak to get any further he hung there while the water slowly rose until it reached his neck. His right arm is very badly injured, but the doctors think he will live.

Annie Rosen, 25, was one of those who leaped from lower floors of the building, escaping with minor injuries. A moment later, however, the young women became hysterical and was removed to Bellevue. There, however, hour after hour, she raved of the horror she had witnessed and at midnight her mind had given away and she had become a maniac. 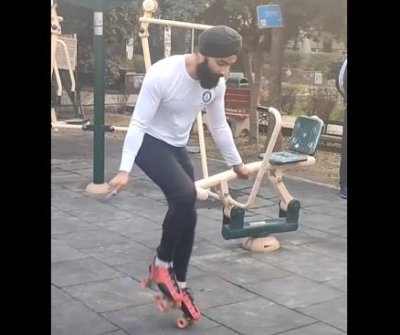 Odd News // 53 minutes ago
Watch: Horses run through streets of New Jersey city
Sept. 24 (UPI) -- Authorities in New Jersey said three horses were seen running loose through a city after dark, and one of the equines was caught on video with an unknown rider.

Health News // 1 hour ago
Swedish researchers say they've created a 'fast, cheap' COVID-19 test
Sept. 24 (UPI) -- Researchers in Sweden say they have developed a "fast, cheap, yet accurate" COVID-19 test good for situations in which frequent rescreening is needed and resources are limited.

Health News // 1 hour ago
American consumption of sugary drinks declines, study finds
Sept. 24 (UPI) -- Consumption of sugar-sweetened beverages in the United States declined significantly between 2003 and 2016, according to a report published Thursday by the Journal of the Academy of Nutrition and Dietetics.

Science News // 2 hours ago
Scientists sequence genome of Alexander Fleming's penicillin mold
Sept. 24 (UPI) -- Scientists have successfully sequenced the genome of the original mold, a member of the genus Penicillium, and compared it those of later penicillin-producing molds. 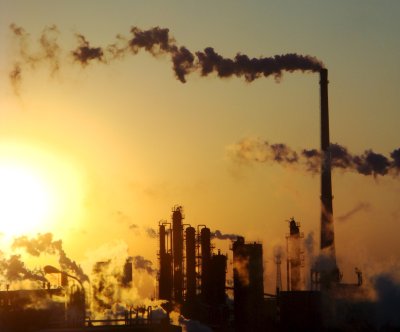 Science News // 2 hours ago
Study: World must adopt CO2-catching science to meet climate goals
Sept. 24 (UPI) -- A global energy watchdog said in a report Thursday that governments and polluters must quickly embrace carbon capture and storage technologies to have any chance of meeting future climate goals.