LAKE NAIVASHA, B.E.A., July 7, 1909 (UP) - His skill as a marksman again has saved the life of Col. Roosevelt, who is hunting along the banks of this weirdly beautiful lake, according to advices received from the party Wednesday.

Roosevelt came upon lion tracks in the jungle which were larger than any he had seen thus far during his African hunt. With his gun bearers he followed the tracks for some time, finally coming upon the lion almost unawares.

The beast, cornered, turned and charged furiously in the direction of Roosevelt, seeking to get near enough to spring. Roosevelt had just time to seize his rifle from one of the gun bearers and fire one quick shot. The lion stopped and sank dead in the jungle grass. Roosevelt's bullet had pierced its heart.

The lion, the finest specimen killed on the hunt, was a black-maned male, and African hunters say it has one of the most beautiful manes and skins ever secured.

Roosevelt had wonderful luck the past few days, and his bag includes a fine specimen of a lioness, four big rhinoceri and a plentiful variety of antelope and wildebeest.

(Roosevelt's son) Kermit, too, has been doing a fine lot of shooting, both with an express rifle and camera. He has added to his already large list a fine lioness, an extremely rare bull eland, which is an oxlike antelope, only a few of which are left in Africa, and many smaller animals.

The ex-president, his son and their companions are in excellent health. Roosevelt is now camping by invitation on the grounds of the Attendborough brothers. The two have built a splendid European estate and home in the African mountains, where they live like feudal lords. They have built a lake of their own, in which they have 30 of the finest specimens of hippopotami in Africa.

U.S. News // 14 hours ago
Civil rights attorney Bruce Boynton dead at 83
Nov. 27 (UPI) -- Bruce Boynton, a civil rights activist and attorney who helped inspire the historic Freedom Rides of 1961, has died. He was 83. 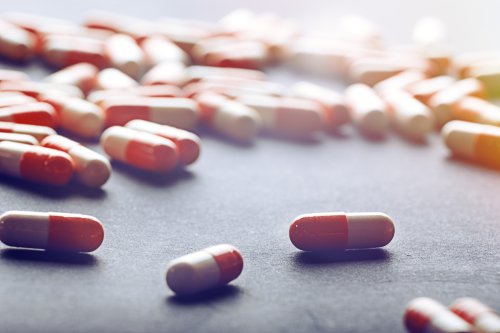 U.S. News // 17 hours ago
Pope Francis to appoint Wilton Gregory as first Black cardinal
Nov. 27 (UPI) -- Archbishop Wilton Gregory will be the first Black American to hold the rank of cardinal in the Roman Catholic Church on Saturday, when he officially becomes a member of the College of Cardinals.

U.S. News // 17 hours ago
S&P 500, Nasdaq close with record highs as investors bet on online shopping
Nov. 27 (UPI) -- The S&P 500 and the Nasdaq Composite both closed with record highs Friday, wrapping a strong week for markets at the start of the holiday shopping season.

World News // 18 hours ago
Danish leaders consider digging up dead minks, burning them
Nov. 27 (UPI) -- Government officials in Denmark are considering digging up hundreds of thousands of minks that were killed and buried hastily because of the coronavirus.

Science News // 19 hours ago
Neanderthals' thumbs were well-suited to 'squeeze,' study says
Nov. 27 (UPI) -- Neanderthals' thumbs stuck out from their hands at a much wider angle than humans, making it easier to grip certain tools, according to a study published this week.