NAIROBI, British East Africa, May 12, 1909 (UP) - Two giraffes, one leopard and one buffalo killed and two leopard cubs captured are the latest additions to the Roosevelt's hunting trophies, according to messages from Machakos Wednesday.

The giraffes were shot late Tuesday, and Roosevelt's delight at his success was increased by the fact that for more than a week he had been on a vain quest for this elusive game. He had had several long-distance shots at giraffes, but did not get within possible range until Tuesday.

One of the giraffes was shot at a distance of 400 yards and while galloping at full speed. Those in the party said it was the best show Bwana Tumbo has yet made, not excepting his feat last Sunday, when he dropped a charging rhinoceros bull when it was almost upon him.

The giraffes and buffalo were both new additions to Roosevelt's assortment of game, which now stands at 17 species.

The buffalo, a fine specimen, was shot by the colonel just as it was breaking through the underbrush into the clearing.

Roosevelt would like to take the leopard cubs home with him, but they are rather plentiful and he will probably wait until later in his hunt before bothering with live game. 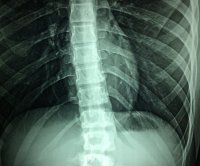 Health News // 10 hours ago
Study: Simple move may improve spinal fusion outcomes
A new approach could revolutionize spinal fusion surgery: It does away with the need to "flip" patients from their back or side onto their stomach mid-operation -- a switch researchers say dramatically improves outcomes. 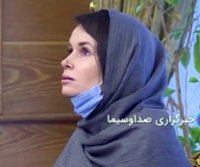 Health News // 12 hours ago
MS has mixed impact on risk for cancer, study says
MS patients do have much greater odds of developing bladder cancer compared to people without the illness, but their risk of breast and colon cancer is the same, a new study found.