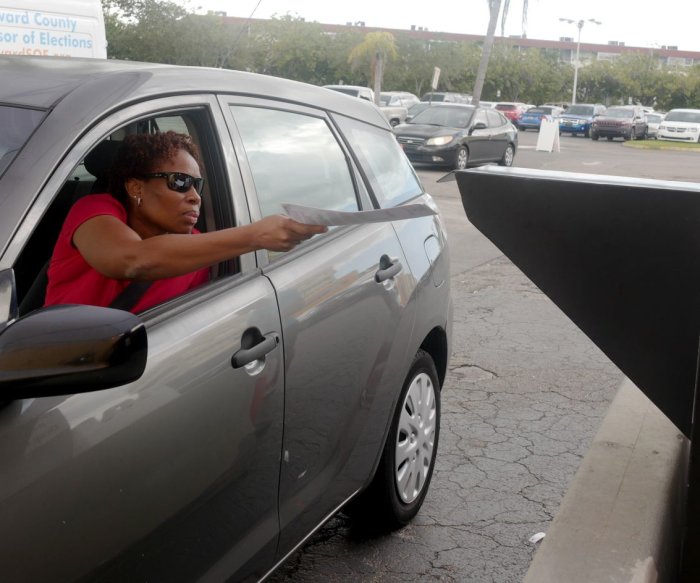 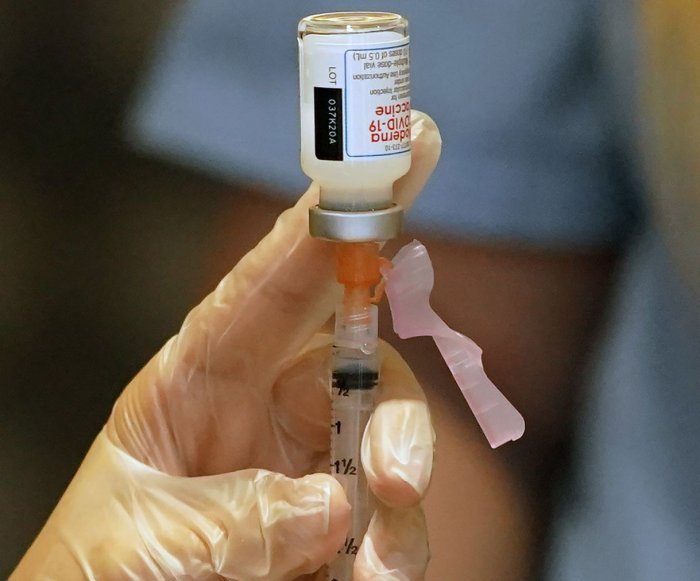 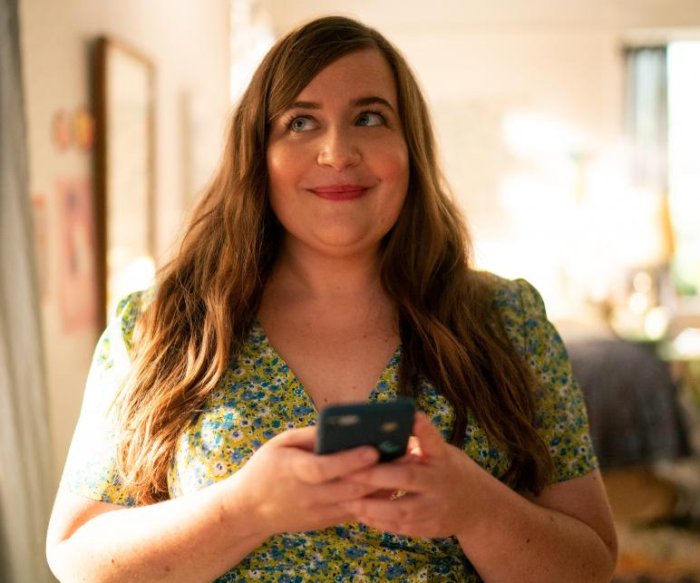 Pfizer, BioNTech to donate vaccines to Olympic athletes
2 hours ago 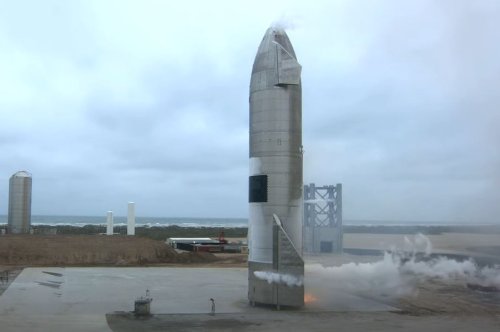 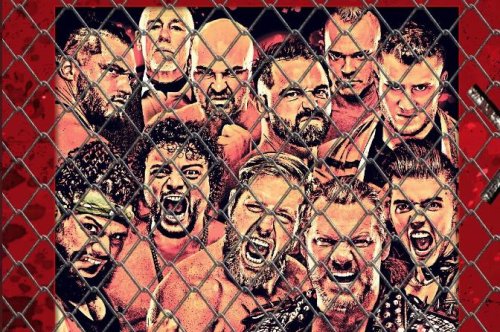 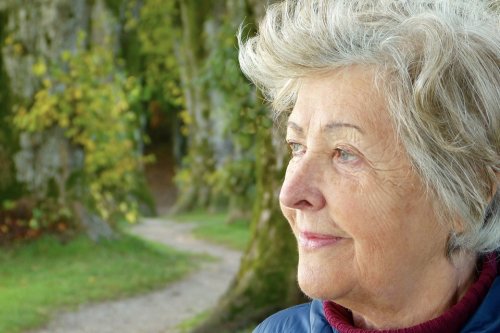 Floods could triple across Himalayas, Tibetan Plateau as planet warms
Many consumers use, trust food date labels but misinterpret information
Humans were altering ecosystems with fire some 92,000 years ago
Defense News

George Clooney turns 60: a look back

Clooney arrives for the Los Angeles Spirit of Liberty celebration by the People for the American Way Foundation where he received the Spirit of Liberty award for his direction of the film "Good Night and Good Luck" in Los Angeles, on September 26, 2005. Following the praise he received for the film, Clooney said it wouldn't mean he'd only do serious movies in the future. Photo by Phil McCarten/UPI

Clooney won Best Supporting Actor for his role in "Syriana," at the Academy Awards in Los Angeles, on March 5, 2006. Photo by Jim Ruymen/UPI

Clooney ponders a question from the United Nations media after attending a meeting with the United Nations Security Council members on the subject of Dafur, Sudan, in New York City, on September 14, 2006. The meeting was called for by the U.S. Mission to the U.N. and the Elie Wiesel Foundation. Photo by Ezio Petersen/UPI

Julia Roberts (L) presents Clooney with his award at the American Cinematheque Award benefit gala honoring Clooney, in Beverly Hills, Calif., on October 13, 2006. The two starred together in the "Oceans Eleven" series, "Money Monster," and will star again together in the upcoming romantic comedy "Ticket to Paradise," set to release in 2022. Photo by Jim Ruymen/UPI

Cast member Clooney arrives for the premiere of "The Good German" in Los Angeles, on December 4, 2006. The film, directed by Steven Soderbergh, is set in post-WWII Berlin. A few days later, a prank war between Clooney and Brad Pitt was ignited after Pitt took out ads with embarrassing photos of Clooney in light of his Sexiest Man Alive honor. Photo by Jim Ruymen/UPI

Clooney (L) and Don Cheadle discuss their recent trips to China and Egypt to enlist aid on behalf of the Sudan region of Darfur which is suffering from genocide at the U.N. headquarters in New York City, on December 15, 2006. Later, the "Ocean's 13" co-stars set up several benefits around the premiere of the film to benefit Darfur. Photo by Ezio Petersen/UPI

Clooney signs autographs for fans after attending a press conference for "Ocean's 13" at the Palais des Festivals at the Cannes Film Festival in Cannes, France, on May 24, 2007. The month before, Clooney was named one of People magazine's 100 Most Beautiful. Photo by Christine Chew/UPI

"Ocean's Thirteen" cast members, from left to right, Matt Damon, Brad Pitt, producer Jerry Weintraub and George Clooney (R) ham it up as they place their footprints in cement in the forecourt of Grauman's Chinese Theatre in Los Angeles, on June 5, 2007. Photo by Jim Ruymen/UPI

Cast member Clooney arrives for the premiere of "Ocean's 13" in Los Angeles, on June 5, 2007. A few days later, he debuted on the annual Forbes Celebrity 100 list, following "Ocean's 13" topping the box office. Photo by Jim Ruymen/UPI

Clooney meets the United Nations media after officially accepting the U.N. Messenger of Peace post after a ceremony at the United Nations headquarters in New York City, on January 31, 2008. The following year, he met with President Obama to discuss Darfur. Photo by D. Van/UPI

George Clooney (R) and then-girlfriend Sarah Larson arrive for the Academy Awards in Los Angeles, on February 24, 2008. The following year, Clooney returned to the set of "ER" for the hospital drama's final episodes. Photo by Terry Schmitt/UPI

Cast member Clooney walks to the red carpet after signing autographs for fans as he arrives for the Toronto International Film Festival gala premiere of "The Men Who Stare at Goats" in Toronto, on September 11, 2009. The doctor gave him "30-40 more years to live" after he broke his hand the month before. Photo by Christine Chew/UPI

Cast member Clooney attends the premiere of "The Men Who Stare At Goats" at London Film Festival in London, on October 15, 2009. Photo by Rune Hellestad/UPI

Clooney arrives on the red carpet before a screening of "Up in the Air" during the Rome International Film Festival in Rome, on October 17, 2009. The film topped the National Book Review's best films of the year list. Photo by David Silpa/UPI

Organizer Clooney (L) speaks at the Hope For Haiti Now: A Global Benefit For Earthquake Relief telethon that raised $58M in Los Angeles, on January 22, 2010. Photo courtesy of Jeff Kravitz/MTV

Sen. Dick Lugar, D-Minn., (L), and Clooney listen to a reporter's question following a meeting on Capitol Hill in Washington, D.C., on October 12, 2010. Lugar and Clooney met to discuss the situation in Sudan. Photo by Kevin Dietsch/UPI

Cast members Ryan Gosling (L) and Clooney attend the premiere of "The Ides of March" in Beverly Hills, Calif., on September 27, 2011. Photo by Jim Ruymen/UPI

Clooney (L) and then-girlfriend Stacy Keibler arrive at the Golden Globe Awards in Beverly Hills, Calif., on January 15, 2012. Clooney took home the award for Best Actor for his role in "The Descendents." Photo by Jim Ruymen/UPI

Clooney (C) joins his father, Nick Clooney (R), to participate in a protest rally by a number of organizations in front of the Sudanese Embassy in Washington, D.C., on March 16, 2012. Clooney and the demonstrators are calling for more international pressure on the Khartoum government to stop military action against civilians in the new state of South Sudan. The father and son were both arrested during the protest. Photo by Mike Theiler/UPI

Producers Ben Affleck (L) and Clooney hold their Oscars for Best Motion Picture of the Year for "Argo" at the Academy Awards in Los Angeles, on February 24, 2013. Photo by Jim Ruymen/UPI

Cast members Clooney (L) and Sandra Bullock arrive at the premiere of "Gravity" in New York City, on October 1, 2013. The film passed the $500M milestone at the global box office the next month. Photo by John Angelillo/UPI

Clooney (L) and his wife, human rights attorney Amal Clooney attend the Golden Globe Awards in Beverly Hills, Calif., on January 11, 2015. The couple married the year before and in 2021, Clooney said his life was "pretty empty" before meeting Amal and having their twins in 2017. Photo by Jim Ruymen/UPI

Clooney appears backstage with the Cecil B. DeMille Award during the Golden Globe Awards in Beverly Hills, Calif., on January 11, 2015. Photo by Jim Ruymen/UPI

The Clooneys arrive on the red carpet at the Costume Institute Benefit at The Metropolitan Museum of Art celebrating the opening of "China: Through the Looking Glass" in New York City, on May 4, 2015. Later that month, the couple stunned on the red carpet of Clooney's premiere for "Tomorrowland." Photo by John Angelillo/UPI

Cast member Clooney arrives on the red carpet at the 15th anniversary screening of '"O Brother, Where Art Thou?" during the New York Film Festival in New York City, on September 29, 2015. The following month, the first trailer for "Hail, Caesar!," starring Clooney and Josh Brolin, released. Photo by Dennis Van Tine/UPI

Clooney looks over his shoulder with his co-stars, including Julia Roberts, during a photocall for the film "Money Monster" at the Cannes International Film Festival in Cannes, Francem on May 12, 2016. Photo by David Silpa/UPI

The Clooneys attend a Leaders Summit for Refugees during the 71st session of the General Debate at the United Nations General Assembly at United Nations headquarters in New York City, on September 20, 2016. Clooney learned of Brad Pitt and Angelina Jolie's divorce during the UN press conference. Pool photo by Peter Foley/UPI

The Clooneys arrive for the royal wedding ceremony of Britain's Prince Harry and Meghan Markle at St George's Chapel in Windsor Castle, in Windsor, Britain, on May 19, 2018. The next month Clooney was honored with the AFI Life Achievement Award. Pool Photo by Lauren Hurley/UPI

World News // 8 hours ago
Britain sends patrol ships to English Channel island amid fishery tensions with France
May 6 (UPI) -- The British government said it dispatched two Royal Navy patrol ships to Jersey as tensions over fisheries between the self-governing island and France climb.

World News // 11 hours ago
G7 expresses concern over China's human rights abuses, calls on it to join int'l system
May 5 (UPI) -- The G7 on Wednesday criticized Beijing for its human rights abuses while calling on it to participate in the international rules-based system.

Health News // 12 hours ago
Colon polyps more likely if family member has them, study says
Having close relatives with colon polyps -- which can be precursors of cancer -- could mean that you have a higher risk for colon cancer, researchers say.

World News // 15 hours ago
French journalist kidnapped in Mali pleads for release in video message
May 5 (UPI) -- French Journalist Oliver Dubois pleaded for his life in a video released Wednesday after he was abducted by the "Support Group for Islam and Muslims" in Mali.

U.S. News // 16 hours ago
Biden: 'Staggering' number of restaurants applied for pandemic relief
May 5 (UPI) -- President Joe Biden on Wednesday promoted a provision of his $1.9 trillion COVID-19 relief legislation aimed at providing funds to foodservice locations affected by the pandemic.

U.S. News // 18 hours ago
Pizzeria owner arrested for allegedly using PPP loan to buy alpaca farm
May 5 (UPI) -- A man was arrested and charged with wire fraud and money laundering after allegedly obtaining a Paycheck Protection Program loan and fraudulently using the funds to purchase an alpaca farm.
Load More 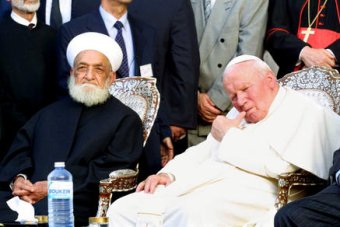 On May 6, 2001, John Paul II became the first pope to enter a mosque -- the Umayyad Mosque in Damascus, Syria. 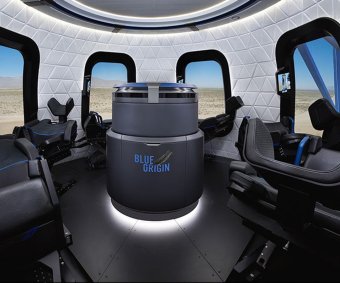